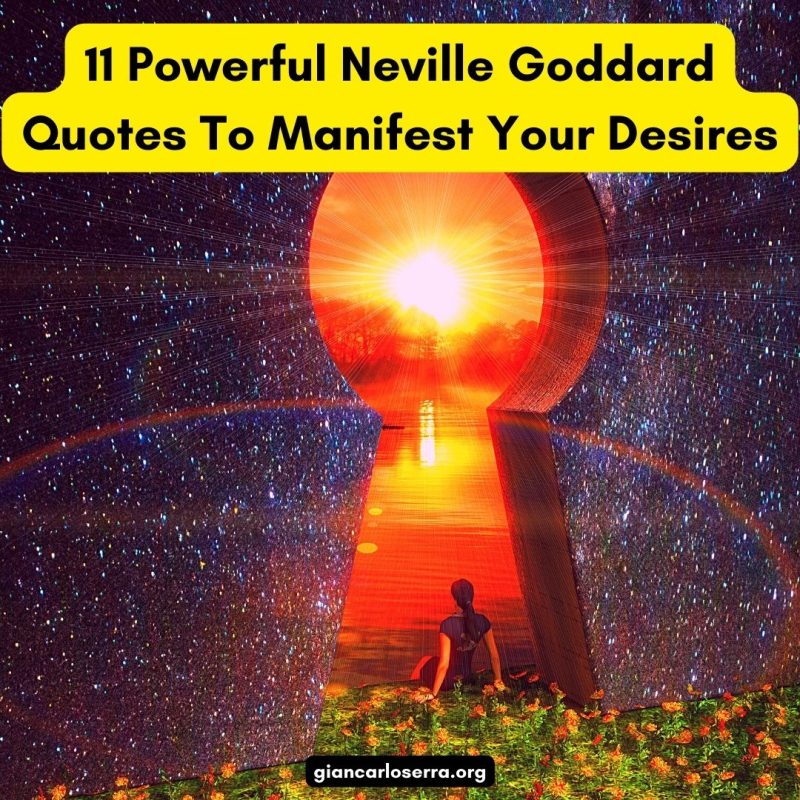 Neville Goddard was an author from the early to mid 1900’s who wrote about mysticism and self help. He was one of the pioneers of the concept of The Law: “imagining creates reality”.

Neville Goddard believed that God was not an external entity, but rather that we are the creator of our realities (i.e. God in human form).   From this sense, all realities can be shifted at any time through feeling and assumption.

Neville Goddard was born in 1905 and died in 1972, leaving an incredible impact on the World with his esoteric teachings. He came from very humble beginnings, living amongst a large family of 10 children in the little island of Barbados.

When he was younger, a seer predicted that he would become a “man of God” and this prediction ultimately came to pass.

As a teenager, Neville went to America, searching for greener pastures, and found menial work for a while. When he got fired, he decided that he will always work for himself from then on-wards.

Knowing nothing about dancing, Neville convinced himself that he could and ultimately succeeded out of “sheer arrogance”. He, then, went on to travel all over the United States performing with others, but knowing he was working for himself.

Neville attended a lecture by an eccentric Ethiopian mystic, known only by one name: Abdullah. When the lecture was finished, the lecturer surprised him when he approached him and said: “Neville, you are 6 months late! The brothers told me you were coming”.

Not only did Abdullah know his name, he also knew that he would one day stumble upon his lecture. Neville would later discover that the “brothers” are “beings of light, who were once incarnated as humans, finished playing all the parts in the game of life and, ultimately, transcended the third dimension when they broke the wheel of recurrence”.

Abdullah explained that he was “eager to depart”, but before that, he had to train Neville to be his successor, in a sense. This training lasted 7 years, with Neville studying the esoteric meaning of The Bible and practicing conscious creation day and night.

Here are some of the most impactful quotes that I’ve read and adopted into my daily life.

1. Do not waste time in regret

“Do not waste one moment in regret, for to think feelingly of the mistakes of the past is to re-infect yourself. Turn from appearances and assume the feeling that would be yours were you already the one you wish to be.”

– Neville Goddard, “Feeling is the Secret”

2. All things evolve out of consciousness

― Neville Goddard, “Feeling is the Secret”

3. All you can possibly need or desire is already yours

“All you can possibly need or desire is already yours. You need no helper to give it to you; it is yours now. Call your desires into being by imagining and feeling your wish fulfilled. As the end is accepted, you become totally indifferent as to possible failure, for acceptance of the end wills the means to that end.”

― Neville Goddard, Feeling is the Secret

4. The great secret is a controlled imagination & a well sustained attention

“The great secret is a controlled imagination and a well sustained attention firmly and repeatedly focused on the feeling of the wish fulfilled until it fills the mind and crowds all other ideas out of consciousness.”

― Neville Goddard, The Power of Awareness

5. Become the master of your assumptions

― Neville Goddard, The Power of Awareness

6. You must be willing to give up your present limitations

“Only as one is willing to give up his present limitations and identity can he become that which he desires to be.”

7. The world is yourself pushed out

“The world is yourself pushed out. Ask yourself what you want and then give it to yourself! Do not question how it will come about; just go your way knowing that the evidence of what you have done must appear, and it will.”

8. Your concept of yourself

9. You are born with an infinite power

“Each person is born with an infinite power, against which no earthly force is of the slightest significance.”

10. Simply dare to assume you are what you want to be

“Simply dare to assume you are what you want to be and you will compel everyone to play their part.”

11. Change your conception of yourself

“Change your conception of yourself and you will automatically change the world in which you live. Do not try to change people; they are only messengers telling you who you are. Revalue yourself and they will confirm the change.”

Giancarlo Serra lives and works in London as a Reiki Master Teacher, Hypnotherapist and Past Life & Regression Therapist. He runs Usui/Tibetan and Usui/Holy Fire® III Reiki courses, and offers online consultations via Zoom, Skype or telephone.