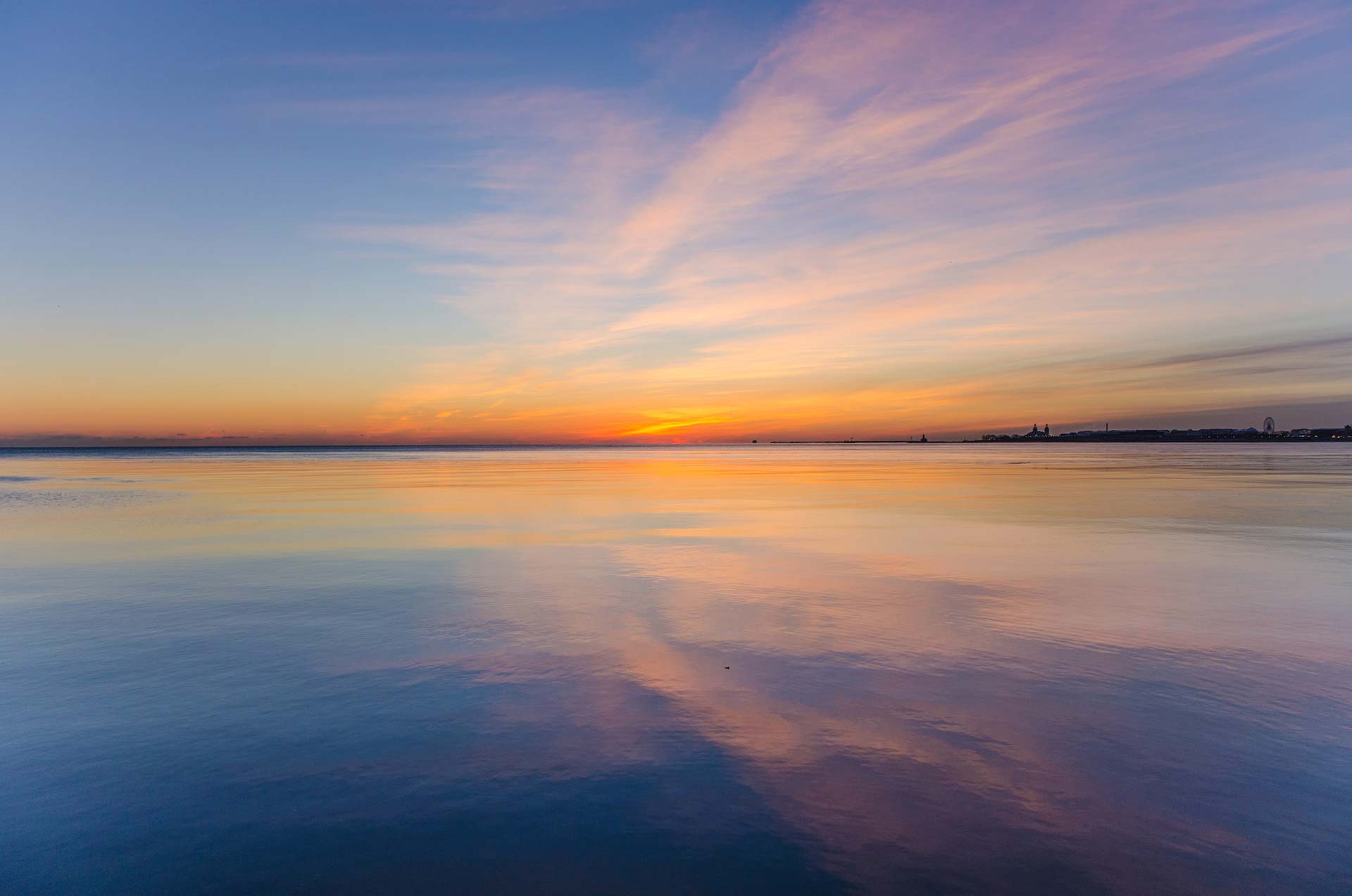 In my previous post How Hawayo Takata Taught Reiki Classes – Part 1, I presented the work of Hawayo takata.

The following is a summary of Takata Sensei’s version of her early years leading up to her contact with Reiki at the Hayashi clinic. It comes from an interview that appeared in The (San Mateo) Times, May 17, 1975 titled “Mrs. Takata Opens Minds to Reiki” by Vera Graham:

She stated that she was born on December 24th, 1900, on the island of Kauai, Hawaii. Her parents were Japanese immigrants and her father worked in the sugar cane fields. She eventually married the bookkeeper of the plantation where she was employed. His name was Saichi Takata and they had two daughters. In October 1930, Saichi died at the age of 34, leaving Mrs. Takata to raise their two children.

In order to provide for her family, she had to work very hard with little rest. After five years she developed severe abdominal pain and a lung condition, and she had a nervous breakdown. Soon after this one of her sisters died and it was Takata Sensei’s responsibility to travel to Japan, where her parents had resettled to deliver the news. She also felt she could receive help for her health issues in Japan.

After informing her parents and attending the funeral, she entered a hospital and stated that she was diagnosed with a tumor, gallstones, appendicitis and asthma. She was told to prepare for an operation but opted to visit Hayashi Sensei’s clinic instead.

Mrs. Takata was unfamiliar with Reiki but was impressed that the diagnosis of Reiki practitioners at the clinic closely matched the doctor’s at the hospital. She began receiving treatments.

Two Reiki practitioners would treat her each day.

The heat from their hands was so strong, she said, that she thought they were secretly using some kind of equipment. Seeing the large sleeves of the Japanese kimono worn by one, she thought she had found the secret place of concealment. Grabbing his sleeves one day she startled the practitioner, but, of course, found nothing. When she explained what she was doing, he began to laugh and then told her about Reiki and how it worked.

Mrs. Takata got progressively better and in four months was completely healed.

She wanted to learn Reiki for herself. In the spring of 1936 she received First Degree Reiki from Dr. Hayashi. She then worked with him for a year and received Second Degree Reiki.

Mrs. Takata returned to Hawaii in 1937, followed shortly thereafter by Hayashi Sensei, who came to help establish Reiki there, and his daughter.

This house is where Takata Sensei’s clinic was located in Hilo, Hawaii where she gave Reiki sessions from 1939 to 1949.

Takata Sensei practiced Reiki in Hawaii, establishing several clinics, one of which was located in Hilo on the Big Island. She gave treatments and initiated students up to Reiki II. She became a well-known healer and traveled to the U.S. mainland and other parts of the world teaching and giving treatments.

She was a powerful healer who attributed her success to the fact that she did a lot of Reiki on each client.

She would often do multiple treatments, each sometimes lasting hours and treat difficult cases everyday for months until the client was healed.

To help with this process, she often initiated members of a client’s family so they could give Reiki to the client as well.

Takata Sensei had a unique way of practicing and teaching Reiki that was noticeably different than how Usui Sensei or Hayashi Sensei had practiced and taught. The late John Harvey Gray was one of Takata Sensei’s most respected students and in fact she indicated that he would be one of three Reiki Masters that were to carry on her work after she retired.(31).

He indicates in his Reiki book that Takata Sensei had changed the way she taught Reiki because she said that the Japanese style was too complicated and would be difficult for the Western mind to learn.

Because of this, she said she had simplified the system. This included the development of her own hand position system, which she called the foundation treatment.

This consisted of eight hand positions, which were on: the abdomen, the shoulders and head. She also included some additional positions for the back if the client needed them.(32)

This varied considerably from how Usui Sensei and Hayashi Sensei practiced in that they taught Byosen scanning as the way to find the best hand positions for treatment. They also indicated that Byosen scanning was the most important practice technique for a student to master after the practice of continually receiving repeated Reijus.

She also did not teach any of the other methods used by Usui Sensei and Hayashi Sensei such as Gassho, Reiji-ho, Kenyoku, Gyoshi-ho, Koki-ho and so forth.

The simplified system that Takata Sensei taught was effective and has proven to produce valuable results for her students and their clients. Because of this, Takata Sensei can be considered an important innovator of Usui Reiki Ryoho.

One thing that is important to understand is that if it were not for Takata Sensei, Reiki would most likely have fallen into obscurity and never have been practiced by people all over the world; even in Japan it would have been mostly unknown. This is because after World War II, the United States required Japan to unconditionally surrender. This placed the United States in complete control of Japan.

One of the conditions the U.S. required is that all those practicing any kind of healing be required to have a license. Some of the healing groups did get licensed, but the Usui Reiki Ryoho Gakkai decided that they did not want to be controlled by a licensing board and instead chose to go underground. They decided that the members were not to talk to anyone outside their group about Reiki and that they would only practice Reiki with each other. This made it difficult for anyone to find out about Reiki in Japan including the Japanese. Also, because it became very difficult for new members to join, the membership slowly declined. This problem exists even now, and the Gakkai membership continues to slowly dwindle. If this continues, at some time in the not too distant future the Gakkai is likely to come to an end.

Because Takata Sensei learned Reiki in Japan and returned to Hawaii and began teaching Reiki before World War II, she prevented Reiki from being lost. She was a great teacher and promoter and taught Reiki classes all over Hawaii and in many parts of the U.S. mainland.

Before her passing she taught 22 Reiki Masters who carried on the tradition.

In the first part of Alice Picking’s notes we read the Reiki Principles:

– Thou shall no anger

– Thou shall no worry

– Thou shall count your blessings

– Thou shall revere your parents, teachers and friends

– Thou shall earn an honest living

– Thou shall be kind to all living things

The Usui memorial is located at the Saihoji temple in the Suginami district of Tokyo. It was erected by Usui Sensei’s students shortly after his death. It is maintained by the Usui Shiki Reiki Ryoho, the organization started by Usui Sensei.

To teach this to others you should follow the five principles of the Meiji Emperor and contemplate them in your heart. They should be spoken daily, once in the morning and once in the evening.

5) Be kind to others today.

The ultimate goal is to understand the ancient secret method for gaining happiness (Reiki) and thereby discover an all purpose cure for many ailments. If these principles are followed you will achieve the great tranquil mind of the ancient sages

Yoga defines it as Prahna.

Hawaiian word is kiakilima – meaning medicine of the hands.

The people you are helping need not believe in what you are doing.

Giancarlo Serra works as a Complementary Health Practitioner – Reiki and Healing. He offers 1-2-1 consultations and Reiki training, both in person and online.