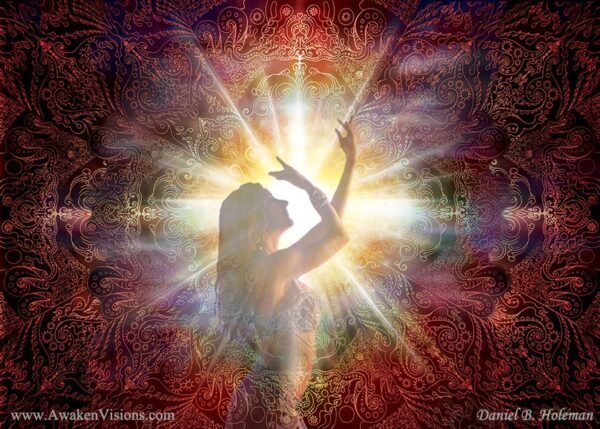 The Constitution Of Man

Originally published in 1903 as a monthly correspondence course by the Yogi Publication Society, A Correspondence Course in Yogi Philosophy was written by Yogi Ramacharaka. These lessons were originally issued in the form of monthly booklets, forming what was known as the “Correspondence Class Course of 1904.” In 1905 this book was reprinted with title Fourteen lessons in Yogi philosophy and Oriental occultism.

The first lesson of the course explores the Constitution of Man, a complete being having a spirit, a soul and a body.

“Man is a far more complete being than is generally imagined. He has not only a body and a soul, but he is a spirit possessing a soul, which soul has several vehicles for expression, these several vehicles being of different degrees of density, the body being the lowest form of expression. These different vehicles manifest upon different “planes,” such as the “physical plane,” the “astral plane,” etc.“

The sould possesses different vehicle of expressions that manifest on different planes, with the body being the denser and lowest form of expression.

“The real self is pure spirit—a spark of the divine fire. This spirit is encased within numerous sheaths, which prevent its full expression. As man advances in development, his consciousness passes from the lower planes to the higher, and he becomes more and more aware of his higher nature. The spirit contains within it all potentialities, and as man progresses he unfolds new powers, new qualities, into the light.”

As man moves through planes, he becomes more and more aware aware of his divine nature.

Other systems offer similar approaches in the evolution of consciousness; the Holy Fire® system of Reiki introduces the concepts of Heavens, with each Heaven representing a state of consciosness.

“The Yogi philosophy teaches that man is composed of seven principles—is a sevenfold creature. The best way to think of man is to realize that the spirit is the real self, and that the lower principles are but confining sheaths. Man may manifest upon seven planes, that is, the highly developed man, as the majority of men of this age can manifest only upon the lower planes, the higher planes not having as yet been reached by them, although every man, no matter how undeveloped, possesses the seven principles potentially. The first five planes have been attained by many, the sixth by a few, the seventh by practically none of this race at this time.”

Man is composed of seven principles, with spirit being the real self and the lower principles being confining sheaths.

In the the Holy Fire® system of Reiki we find the concept of Authentic Self which is the aspect of our inner nature residing in each person, composed of the pure, unaletered self.

“The seven principles of man, as known to the Yogi philosophy, are herewith stated, English terms being substituted for Sanscrit words, so far as may be:

Alice Ann Bailey (June 16, 1880 – December 15, 1949) was a writer of more than twenty-four books on theosophical subjects, and was one of the first writers to use the term New Age. She also explores the Constitution of Man in one of her books. Here is an exerpt.

The Constitution of Man – Alice Bailey

In line with Theosophical teachings, Bailey taught that man consists of

Each of the three aspects of the lower nature is described as a “body” or aura of energy and seen as partial expression of the real self or soul.

The soul is regarded as the reflection of the real self that works through or uses the three aspects of personality.

She also speaks of these as “vehicles” or “sheaths”, and alternately as the “mental body”, “astral body”, or “physical body”.

The “etheric” body is most directly related to physical health and is seen as the vital energizing agent for the individual while in physical incarnation.

The mind and emotional nature are seen as auras or energy fields of which brain activity is a secondary effect.