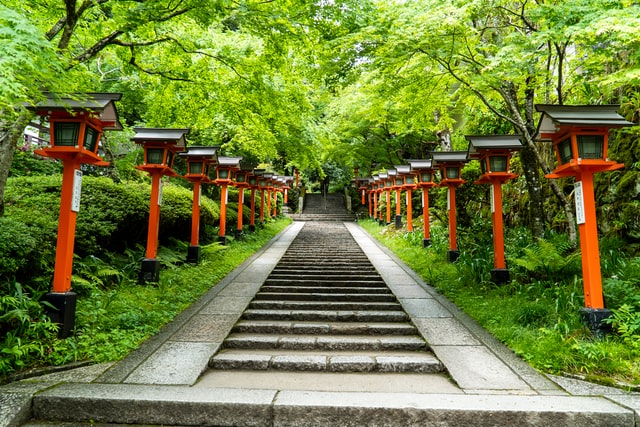 The Difference Between Reiki and Holy Fire® Reiki

Reiki is a Japanese technique for stress reduction and relaxation that also promotes healing. It was discovered by Mikao Usui (1865-1926) in March 1922. The word Reiki comes from Japanese Kanji, which are ideograms used in the written language in Japan.

The word Reiki is represented by two kanji, Reiki and Ki. Reiki is the upper character, and Ki is the lower character. The general meaning of Rei is universal, however there is a deeper understanding of this kanji, as Japanese ideograms have many levels of meaning. The word ‘Ki’ means life energy and it is also known as the vital force of the universal life energy. It has the same meaning as Chi in Chinese, Prana in Sanskrit or what science calls biofield energy.

Many consider that Mikao Usui (Usui Sensei) was the creator or Reiki, and that the word Reiki applies only to the healing modality he discovered and developed. Yet, when researching the facts concerning the origin of Reiki as a healing modality, we find that prior to Mikao Usui developing his style of Reiki, there were at least four other styles of Reiki healing that were being practiced in Japan (William Lee Rand, An Evidence Based History of Reiki).

In March 1922 at midnight of the twenty-first day, he stood up and a powerful light suddenly entered his mind through the top of his head and he felt if he had been struck by lightning; this caused him to fall unconscious. Soon he realized that in addition to the illuminating experience he had undergone, he had also received the gift of healing. He also understood that his purpose in life was to be a healer and to train others.

Over time he developed three Reiki symbols, that students currently receive in Reiki II; he did not have a Master symbol, which was later developed by Hawayo Takata Sensei.

The number of pupils who learned from Mikao Usui amounts to more than 2000 persons and initiated twenty Shihan (teachers).

William Lee Rand has received his master training from five Reiki Master Teachers. He has been teaching Reiki full time since 1989 and he is the author of numerous books such as Reiki for a New Millennium and Reiki The healing Touch. He is the founder and president of the International Center for Reiki Training and the Reiki Membership Association, founder of the Center for Reiki Research and is the published of the Reiki New Magazine.

The use of the word Holy in the name Holy Fire® is not intended to have a religious meaning. The word holy has as its root meaning to be holy and complete. Therefore Holy Fire® Reiki is a spiritual energy that creates wholeness through purification, healing, empowerment and guidance.

The entire Holy Fire® Reiki system is not something that William Lee Rand designed or created, but something that came to him as part of healing sessions he had with two talented spiritual healers who channeled illuminated beings.

The Evolution Of Reiki

There are no limits to the possibilities offered by Reiki. As demonstrated by Usui Sensei, Hayashi Sensei (one of the twenty Shihan initiated by Mikao Usui) and Takata Sensei, Reiki is something that is meant to be developed. Takata Sensei had been initiated as a Reiki Master by Hayashi Sensei, and can be considered an important innovator of Usui Reiki Ryoho. If it were not for Takata Sensei, Reiki would most likely have fallen into obscurity and never have been practiced by people all over the world.

Reiki energy comes from an infinite source and because of this, regardless of how developed and evolved ones healing energy has become, one will always be channeling a small portion of the potential healing energy that is available. It is always possible or the quality, effectiveness and benefit of one’s healing energies to improve.

Usui Sensei once said that he wasn’t at the top of the Reiki healing system, but one step below.

Hayashi developed a new method of teaching Reiki while he was travelling, in which he taught both Shoden and Okuden together (Reiki I & II) in a one five-day seminar. Each day included two-three hours of instruction and one Reiju. Students were encouraged to receive Reiju on a regular basis from their local Shihan or teacher after completing Hayashi Sensei’s class.

Since Hawayo Takata’s death in 1980, Reiki has gone through many changes in the West.

Western Reiki training is divided into three degrees: Reiki I, Reiki II and Reiki Master. We usually refer to Western Reiki to those Reiki styles that originated from Takata Sensei’s style.

The ability to channel Reiki is transferred to the student by the Reiki Master during an attunement process. During the attunement, the Rei or spiritual consciousness makes adjustments in the student’s chakras and energy pathways and also in deeper parts of one’s consciousness to accommodate the ability to channel Reiki energy; it then links the student to the source. These changes are unique for each person. The Reiki Master does not direct the process and is simply a channel for the attunement energy flowing from spiritual consciousness.

The initial method that Usui Sensei used to pass on the Reiki ability was to simply hold the students hands, which usually took a long time. He later developed a formal attunement method or Reiju kai, which was much faster. It also made it easier for others to learn Reiki and to become teachers.

Different sources indicate that Usui Sensei also gave many attunements to each student, not just one or one set. The purpose of the student receiving the attunement over and over was that this process continually acted to refine and develop one’s ability to channel Reiki energy, thus making the energy channeled more versatile and able to heal a wider range of conditions, to heal more deeply and in a shorter time.

Hayashi Sensei created a new, more effective system for giving Reiju (attunements), while Takata Sensei had a different attunement method for each level of Reiki.

It is well known that the attunement energies do not come from the Reiki Master, but are channeled through the Master to the student. However it has been observed that to some extent, the personal energies of the Reiki Master can influence the attunement energy and lower its vibration. To prevent this from happening, the Placement and Ignition process was introduced in which the Master does not physically interact with the student, but simply conducts a short, guided meditation and then stops talking. Holy Fire® energy conducts the Placement and Ignition process directly with the student, thus eliminating any energy that could come from the Master through physical contact.

Placements replaced traditional attunements in Reiki I & II, while Ignitions replaced the attunement at Master Level. In the Ignitions, the flame of Holy Fire® is ignited in the student by a process that is conducted directly by the Holy Fire® energy.

Reiki lineage is a direct line of teaching that the teacher has been trained in. A lineage will reflect the knowledge that the teacher will pass on to the student. That is why different lineages will have different understanding of working with the system of Reiki.

Lineages in Western Reiki will always have Mikao Usui, Chujiro Hayashi and Hawayo Takata at the beginning of their lineage. As an example, this is my Western Reiki lineage:

Holy Fire® has no lineage in the usual meaning of this word. Lineage as it is used with Reiki refers to the physical person who originally channeled the energy. No physical person originally did this. Therefore we can say that the lineage of Holy Fire® Reiki starts with God and it is passed on directly by God to each student.

My gratitude to William Lee Rand and his teachings.

Photo by David Emrich on Unsplash

Giancarlo has over ten years of experience in practicing and teaching Healing Arts. He is a Reiki Master Teacher of Usui/Tibetan, Holy Fire® and Karuna Reiki® systems of healing and a Consultant Spiritual Healer of the College of Psychic Studies in London.