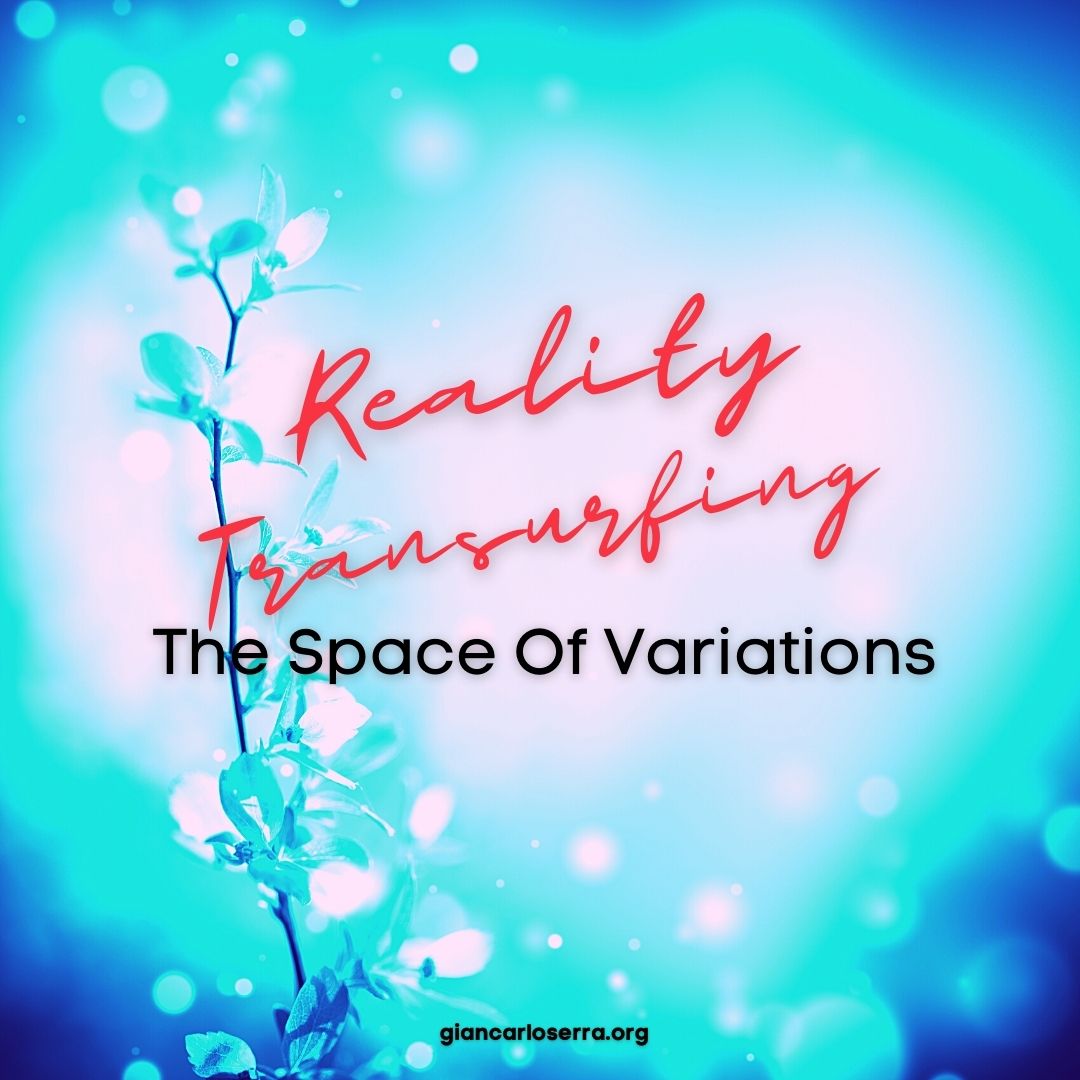 Reality Transurfing®: The Space Of Variations

A human life, just like other matter, is basically a chain of cause and effect. An effect in the space of variants is always situated close to its cause. In the same way, one follows the other, the near lying sectors in the space of variations assemble into a life track.

Scenarios and decorations of the sectors found on the same life line are more or less uniform in their quality. T

he human life moves evenly along its track until there is an event that introduces a substantial change in the scenario and decorations.

What we want to do is to be on life tracks towards the end result, our desire. We are navigating reality, which is the space of variations, and we have choices to make along these life tracks.

“Transurfing offers a fundamentally different approach to achieving objectives. One makes a choice as to if ordering in a restaurant, without worrying about the means to achieve it. In most cases, the goal gets realized by itself, regardless of the direct actions of the client. Your desires are not fulfilled. Your dreams will not come true. But your choice is an irrevocable law and it will inevitably happen. It is impossible to explain in a nutshell the essence of choice. All the Transurfing deals with what is choice and how to make it. “

Your choice is always made into reality. The goal is to make proper choices and stay on the life track that leads you to the fulfilment of your desire. What you chose is what you get.

We live in the space of variations and there are infinite ways of manifesting your goals and desires.

The Space Of Variations

Reality can be manifested in an infinite number of ways.

According to the concept of reality described in Transurfing, the world has an infinite amount of variations and forms of the reality.

The world can be perceived as an information structure that contains the infinity of variations of materialisation with their individual scenarios and decorations. It contains all that was, is and will be.

The Space of Variations can be imagined as sort of a tree with an infinite amount of branches and their entanglements where each branch (so-called sector) represents a certain possible variation.

Zeland suggests that our mind travels along the lines in the Space of Variations (the lines of life) as an energy potential and materialises the variation that it is “tuned to”.

The first rule of Transurfing is:

The eradiation of mental energy induces the materialisation of the variation.

It means that the thoughts that we transmit inconspicuously transfer us (our material reality, our destiny) to the lines and sectors of the Space of Variations which literally correspond to our thoughts.

Transurfing says that we cannot change the scenario of variation i.e. change the sector of the Space of Variations. However, we can choose another scenario and move to another variation by simply changing the parameters of our transmitter — our thoughts.

All possibilities are already there in the Space of Variations. It serves as a template governing how matter moves through space and time. It is important to understand that each point in this space contains its own variation of possible outcomes from each event.