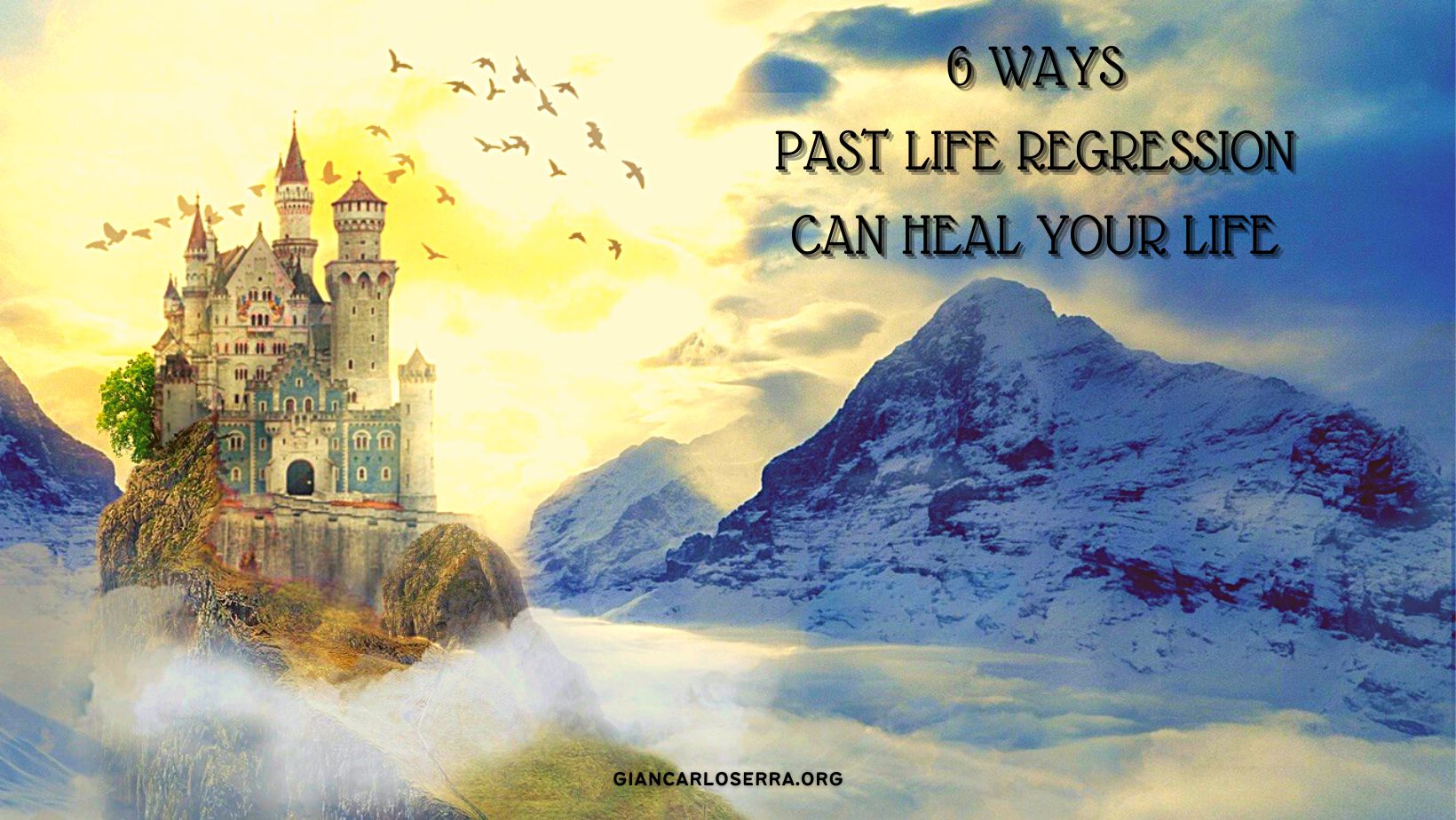 What Is Past Life Regression?

Past Life Regression is a therapeutic tool that can uncover and resolve events and patterns in past lives which influence your behaviour, attitudes, relationships, phobias, addictions and virtually every aspect of your present life.

The unresolved memories of past events reside in our consciousness and are often triggered in our current life.

The therapeutic value of Past Life Regression is to go to the root of present-life symptoms and problems and eliminate residues and energy patterns from previous lives.

The energetic release resulting from conflict-resolution can lead to healing of unreasonable anger and resentment, fear and terror, sadness and loss, guilt and remorse, victimisation, undelivered communication, unfulfilled expectations, attitudes, and behaviours of other differences of all sorts.

Consequently, the current life can be lived more fully and freely without the interference from the memories of past life experiences contaminating and distorting present experience, achieving, and restoring prefect peace of body, mind, and spirit.

The following are only six ways that Past Life Regression can help you resolving and healing past life memories.

Paula was having an ongoing intense pain in the middle of her back, which had suddenly appeared about a year before and could not find relief.

In the regression session, regressed to a cold , damp debtor’s prison in England in the 18th century where a woman and two children were near death from starvation. In watching from above, but feeling the woman’s thoughts, Paula knew she was this woman – Catherine – who had been abandoned and had not able to provide for her children. She was dying and feeling very, very sad and especially guilty for the circumstances. It developed that she was also pregnant and she and all three children died as Paula watched the whole scene unfolding.

Then she slowly moved away from the images and came forward in time,  back to modern times. Only then Paula could see how that past life had impacted her present life. She had always been a rescuer of people with problems and tried to help, often to the expense of her own health.

In the weeks that followed, Paula had many more insights and understanding as to why she was the person she was,  and why she responded to situations as I did.

Carlos was experiencing a chronic pain in his lower back. He regressed to a log cabin in New York in early 1800s, in the body of a woman. She was dying, alone, from a tomahawk wound. Her husband and two children had been killed by the Indian attack.

She was dying and feeling very guilty because she had been the one who wanted to move from the civilized regions to the frontier and her family had been slaughtered because of her choices. As Carlos looked down on this scene and understood this woman’s thoughts, he had three figures beside him – the deceased husband and two children on his other side. Without speaking, he knew that his husband did not hold his wife responsible and only loved her. With the therapist’s guidance, Carlos realised that this person was indeed his present wife and one of the children was his grandson.

Many phobias appear to have their roots in Past Lives. Rebecca experienced a severe fear of water. She was unable to ever have a bath or stand under a shower fully immersed. Nothing dramatic had happened to her in this life to warrant such a fear which she already demonstrated as a child. Rebecca regressed to a past life when her and the entire crew of a ship drowned which left her with an enormous fear.

Emma was taken to the point of death, when she experienced extreme fear and the thought ‘I cannot breathe‘. She had carried that unresolved business in at least three past lives after that one.

After the session, Rebecca was able to swim to the pool, which she could never have done before.

Marta had a difficult relationship with her husband. There had been hurtful moments in the past which she was unable to let go of. Although she acknowledged he was generally a good man, it was hard for her to remember this when around him, and she would end up being nasty to him. She just did not trust him. This was causing a great strain in the relationship and she felt stuck in a deadlock.

Marta accessed a past live in which she found herself to be a 40yo woman chained in a basement of a house in America in the 1950’s. She had been kidnapped, tortured and imprisoned by a man whom she trusted, he was a family friend. She starved to death in that basement and discovered deep suppressed loneliness and mistrust towards men. When she was guided to the Spirit World, she recognised her husband in that past life to be her husband in her current life.

After healing that past life, she discovered instantaneous changes in the relationship with her husband. She now found him less irritating and more pleasant, changing her reactions, and subsequently improving their relationship. They now have a harmonious relationship and can deal with day-to-day issues with love and peace.

Paul’s parents separated when he was six years old and divorced shortly after. They had frequent fights, and one day he woke up to find that his mum had left. He grew up with a sense of neglect, loneliness and anxiety. He had to look after and provide for his four siblings.

He got married in his 20’s, had two children, but often found himself to feel extremely anxious, lonely and depressed. He loved his wife but felt that “she was not mature enough“.

Paul regressed into a strong warrior that was on his way home to see his wife and son after a long war. He walked for a long time in a barren landscape and there was nobody around. He finally got home to find his wife in a wooden hut, sitting next to a baby’s crib. In the crib was his young son. He recognised his son as his wife in his current life.

In the Spirit World, Paul realised that he had been worried about him not being strong enough to stay by himself and protect his mother when he was at war and could not be with them.

He woke up in the regression and realised that it was his own problem, not his wife’s, if he constantly worried about her not being strong or mature enough. He stopped feeling anxious about her.

Johanna was a 37-year-old woman whose ankles and legs constantly ached. Doctors couldn’t find any cause for her pain. In addition, since she was very young she had been experiencing obsessive dreams about burning buildings.

During her first regression therapy session, she re-lived the horror of a house fire when she was a 12-year old girl in a previous life. The fire was intense, but she lived. It burned her feet and legs.

In her second regression therapy session, she went back to a past life in which she was a fireman. He was very dedicated and loved his job. One day they were called to a scene in which a family was trapped inside a burning house. He went in and managed to save most of the members of the family, but he could not save their little 2-year old daughter. He could not escape the building so he died with the young girl in his arms.

After death, he (Johanna) was taken to the Spirit World, where he met the 2-year old girl – now she was reincarnated in her brother in the current life. The young girl told him that it was not his fault that she died and that he could now move on in his life ( which was the pain in her ankles and feet – legs = movement). She helped him to forgive himself for the pain and the sense of guilt that she had been carrying since that past life.

Her pain and obsessive dreams vanished completely after the two sessions.

> Spiritual Awakening: What Is It?

> The Incredible World Of Sub-Personalities, Ego States & Past Lives

> Why Protection Is Important In Healing And Psychic Work

> Earthbound Spirits: What Happens After We Die?