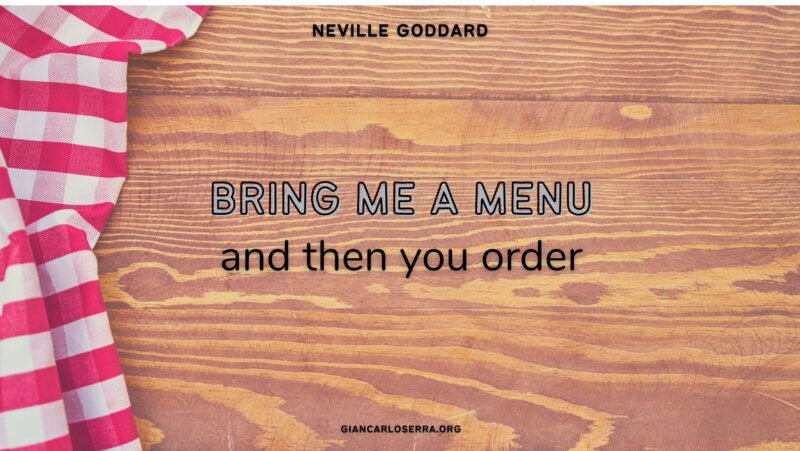 There are infinite states in the world

“A state is an attitude of mind, a state of experience with a body of beliefs which you live by. Always expressing a state, you identify yourself with it by saying I am poor or I am rich. I am known or I am unknown. I am wanted or I am unwanted.”

You do not have to remain in that state, you can make a conscious decision to move to a different state. You are the operant power – Your Mind Is a Center Of Divine Operation.

How do you move in and out of states? Through belief. We are told: “Whatsoever you desire, believe you have received it and you will.” – Neville Goddard

We pass through multiple states in the course of a single day.

Your states are your identities, what you believe about yourself, how you see yourself.

“If you are going to a restaurant you don’t say bring me what the chef wants to get rid of tonight. Bring me a menu, and then you order.

Maybe he only has that one order you want. No one else wants it, but you want it.

I am going to a restaurant, back in New York City a few years ago. It was early, I grant you. It was only eleven in the morning but I had no breakfast, and it was brunch.

I took some friends to the Hilton Hotel and I went to this bourbon room. Well, it was Sunday and I don’t dress up on Sunday, I went in with an open shirt. Well New York has not quite caught on to California when it comes to wear.

Well the head waiter, all stuffy and then he said ‘up’ in this heavy heavy accent – well I have an accent too so I could not criticise him. But here he is with his very very heavy accent and he’s criticising my appearance because I had on a jacket, yes, but my shirt was open up the neck.

I am taking five people in to brunch, so … all right … I buttoned up the collar and he gave me a table off the wing, not to be seeing by those who are coming with ties and shirts.

So he delayed, and delayed and finally brought the clams and I said – come back here please – this isn’t charity I am paying for it, bring me I want some horseradish and I want a little tabasco sauce. He reluctantly he goes but he gets that. But that’s what I wanted, I am paying for it.

In life, do the same thing. You just don’t go and say throw me a tie, you select one, there may be a hundred. A silly little thing you put on your neck, but you still want one tie, and you want to pick it out.

The same thing is through these states, don’t let anyone poison you and through you into a state, because you are going to pay the price of that state. We are only moving through states. But they are permanent, fixed, number of states.”

Neville said that a state is an attitude of mind, with a body of beliefs which you live by. In other words, the way you live these life experiences are the result of a state of mind – and there are infinite states of mind.

You can fall into different states of mind – it can be suggested from the outer world, or it can be affirmed from within.

In this story, Neville goes to a restaurant with some friends, and tells the waiter he wants clams. He knows exactly what he wants. Neville externalised his inner experience of ‘being in the flow‘ into physical reality. The outer world reflected his inner state of being, and manifested the clams.

Others play the role of what you believe reality is at a deep level beased on the state of mind you have chosen.

> 6 Reasons The Law Of Attraction Does Not Work

> Do This Before Going To Sleep